Usually one of the most exciting events on the golfing calendar, the Waste Management Phoenix Open returns this week, with a limited in-person crowd and the final day clashing with Super Bowl LV.

But even with less patrons and the big game going on across the country in Tampa, we should be in for an absolute treat at TPC Scottsdale with plenty of big names in the field and the 5,000 people in the stands sure to be up for the occasion.

Famous for its Par 3 16th hole, last year's tournament was won by Webb Simpson, who edged out perennial bridesmaid, Tony Finau. Past year's have seen some unbelievable crowd reactions and we can only hope that the thousands of people in the stands are able to get behind one of our picks as they knock in a hole-in-one.

Looking ahead to our picks for the week now, we’ve once again gone with three outright winner plays, ranging from one of the favorites to a couple of value plays.

Rory has been open about how he's lacked motivation at times since fans have not been at the course and even if we'll see just 5,000 fans at TPC Scottsdale this week, we should see an uptick in Rory's approach to the tournament.

He's still one of, if not the most, talented golfers on the planet and coming into the week with good form and fans being in the stands, Rory is our top pick for the 2021 Waste Management Phoenix Open.

So far this season (including one European Tour appearance), the four-time major champion has recorded results of T16, T3, T5, T17, T21 and T8, for a ridiculous 5/6 Top-20s and two 2/6 Top-5s, showing that he is very much knocking on the door and ready to win his first event since the WGC-HSBC in China back in November of 2019!

The below video titled 'Prime Rory' has an almost nostalgic feel to it which is wild considering he's just 31 years-old and could very easily back to this and make 2021 his year. Check out some of his greatest ever shots👇

With each golf tournament comes great promo offers from the sportsbooks and this week is no exception!

PointsBet is offering you the chance to bet $50+ on any player to win the Phoenix Open this week, with money coming straight back into your pocket for every hole they go under par!

Last week's top pick Xander Schauffele made a late bolt for the title, finishing in T2 but even though he fell short of winning the tournament, he still produced a whopping 16 birdies across the four days, which would've given you $32.

Best case scenario, our top pick wins, we cash in big, and then we also get our stake back after they've rolled in multiple birdies and eagles on their way to victory!

Sign up to PointsBet with Dimers and receive an extra $100 when you deposit $50! 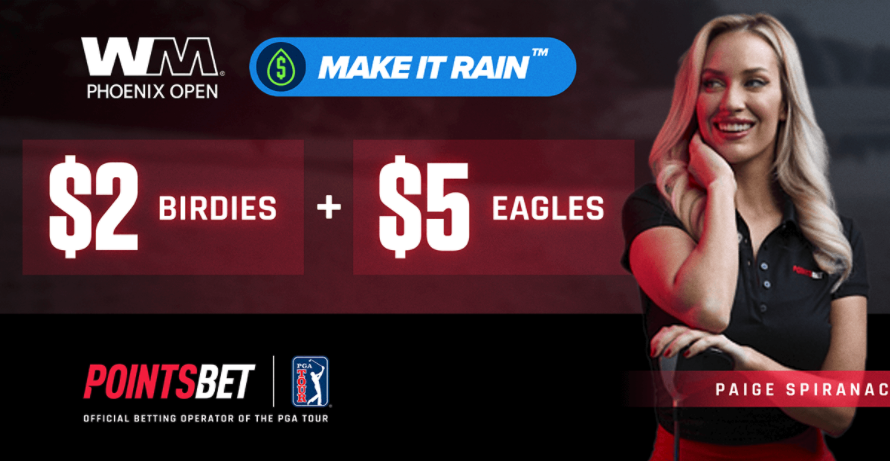 Okay, so. Rickie has slipped all the way down to 62nd in the Official World Golf Rankings and at this stage won't be competing in the 2021 Masters. But if any tournament can get him back on track, it's the Phoenix Open.

Listen to the latest Tail and Print podcast

Rickie last won on the TOUR at this very event back in 2019, after coming second in both 2016 and 2010. He absolutely feeds off the energy of the crowds here and similar to Rory will surely get a kick even with fewer numbers in the stands than normal.

Bonus value pick: Brooks Koepka. Rarely do we get Brooks at 55/1 odds and even though he isn't in our official picks this week, he could be worth a dollar or two!

For the third time in four weeks, we're putting forward an Australian as one of or picks and so far they've been successful for us (Leishman T4 @ Sony and Scott T10 @ Farmers).

Another guy that hasn't won for a while, Jason Day last tasted victory at the 2018 Wells Fargo and will be out to end that run as soon as possible in 2021.

He's been up-and-down in his past few events (CUT, T12, CUT, T7) but with that CUT coming in his last event, the pattern is very much hinting at a big week from the 2015 PGA Champion.

If you need any more convincing to throw some pizza money down, check out the highlights from his last win 👇

As you can see, our first two dark horse picks of 2021 had great tournaments, paying out those that bet them for Top-5 and Top-10! And with 3/4 making the cut, we're off to a hot start with guys at long odds.