We’ve been counting down the days until NFL Sunday and finally, it is here!

And as part of any big day of football, is a big day of making bets and landing plays. If you’re looking at making a few over/under plays, look no further. We’ve got you. 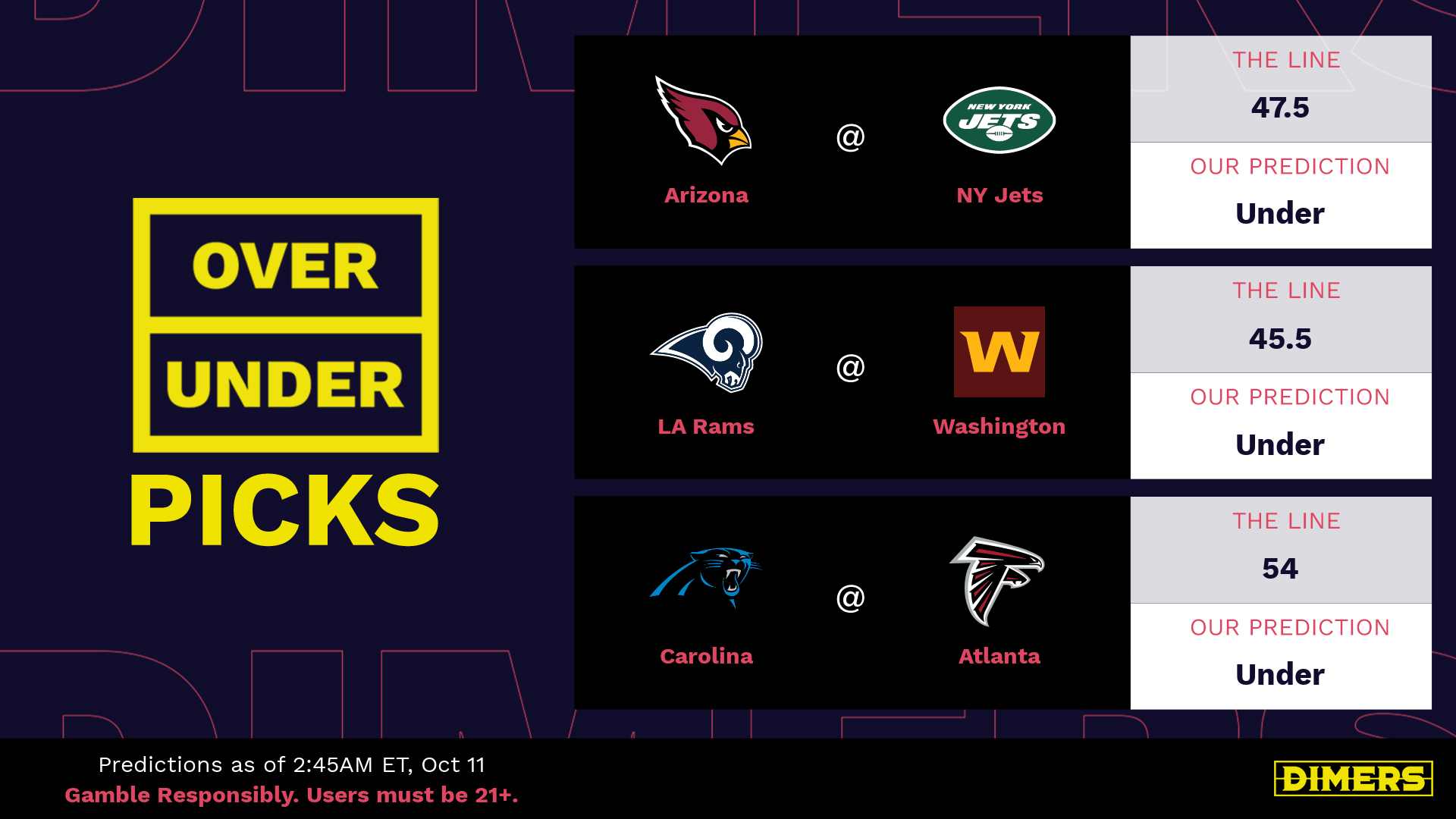 We are all in on the Jets this week, but let’s face it – they’ve been struggling through the first four weeks of the season.

The Cardinals are 2-2 on the year, but interestingly the under is 4-0 those games. We like that trend continuing with a low scoring dour affair where points will be hard to come by.

RELATED: Cardinals/Jets Preview
TRENDING: How to get an easy $100 on NFL Sunday

Washington are finding it tough to score since their opening week win against the Eagles, averaging just 18 points per contest in their three losses since.

Offense has been stop-start for the Rams as well. They scraped by against the lowly New York Giants last week, winning 17-9, but when it comes to total points scored, they are very much a middle-of-the-road team, ranking 15th.

What works in 3-1 Rams’ favor is their defense, ranking 7th in the league, allowing only 20 points per contest. Combine that suffocating defense with Washington’s recent troubles getting into the endzone and this one reeks of the under. Read our comprehensive online sportsbook reviews here.

The books have this one pretty even at the moneyline. If the close game plays out as the books expect, it would mean that Carolina are locking the Falcons down and this one goes under.

Get all of our NFL Bet Hub predictions for Sunday's slate.

*probabilities correct at time of publishing