Following a week that felt extremely flat (shoutout to Stewart Cink for the win though) after the previous month of top-notch golf, the world’s best players are back to compete for the 2020 U.S. Open at Winged Foot.

Dustin Johnson comes into the tournament as a raging favorite, and fair enough too. Since missing the cut at Memorial and pulling out of the 3M Open, DJ has gone T12, T2, 1, 2, 1 for one of the most ridiculous non-Tiger runs we’ve seen this century.

It’s going to be hard to look past the in-form Johnson but we’ve still managed to go through the field and pull out some of the best bets to make for this weekend.

If you think an American will win, why not take this offer from DraftKings? They will DOUBLE your winnings if any local wins at Winged Foot. Details

Check out our outright winner and top 10 picks for this week’s U.S. Open here 👇

The plan at the moment has to be to bet DJ until he fails us. +800 is short for anybody in a major but he has simply been unreal lately and with some of the other big names not looking quite up to it right now, DJ is the rightful favorite.

The one thing missing from Dustin’s recent run is of course a major win as he came T2 at the PGA Championship last month. He will definitely see this week as a massive chance to secure his second career major.

While we don't expect him (or anyone for that matter) to shoot the lights out this week, this offer from PointsBet is awesome👇

Xander is yet to break through and get his first win in a major but we think this could be the week for the Californian. He absolutely loves the US Open, having finished T5, T6 and T3 over the past three years. His score to par in those three tournaments is second only to Brooks Koepka who won’t compete this week.

Xander has major winner written all over him and there’s no reason he can’t lift the trophy this week, making him our best bet of the week.

Get a huge $1k in bonuses when you sign up to DraftKings!

Tommy Fleetwood presents an interesting case this week as he is one of the few top-ranked players that actually got in a competitive rep last weekend, when he came T3 in the Portugal Masters.

With most players choosing to take last week off, Fleetwood knew he needed to improve on his recent performances and has since said he is feeling much better coming into Winged Foot than he was last week. Another who is yet to win a major, the Englishman finished 2nd the 2018 US Open and in last year’s Open Championship.

This weekend is looking like it’s going to be an absolute slog, with the winning score a serious chance of being even par or possibly worse. With a premium on accuracy off the tee and the ability to scramble around the greens, we could see some outsiders quietly make their way into the top 10 with consistency across the four days. 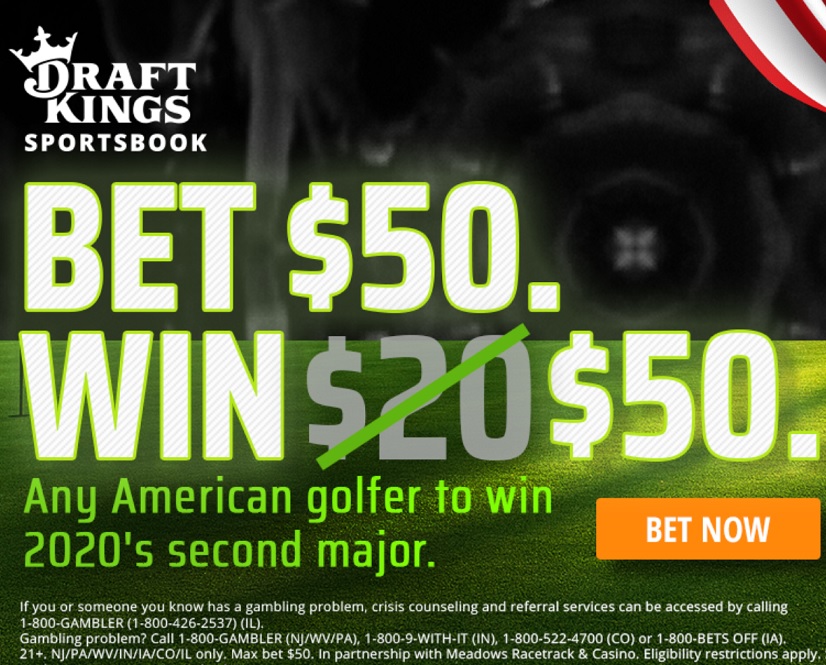