Youtuber Jake Paul and former MMA fighter Ben Askren are set to step into the boxing ring at the Mercedez-Benz Stadium in Atlanta, Georgia this weekend, with the fight starting around 6pm PT / 9pm ET on Saturday, April 17.

Jake Paul comes into the fight as the betting favorite with his odds sitting around the -225 mark with most sportsbooks. This comes back on the back of his undefeated record so far, after defeating fellow Youtuber Deji in his first fight, before turning professional and beating another Youtuber in AnEsonGib and then former NBA star Nate Robinson. 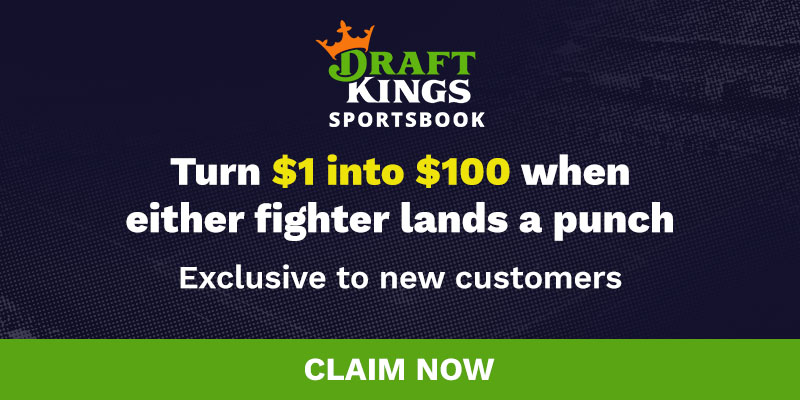 Underdog Ben Askren retired from MMA in 2019 but after continual Twitter spats with Jake Paul, took the opportunity to return to fighting, this time in the form of boxing against the YouTube star.

So, now you might be asking who we're picking. Honestly, the whole team here would love nothing more than for Jake Paul to be knocked down off his pedestal, but it's looking pretty unlikely.

The best way to make money on this fight is without doubt available to those without a current DraftKings Sportsbook account, as you can turn $1 into $100 as soon as either fighter lands a punch! Find out how below ⬇️

New DraftKings Sportsbook customers who make a first deposit of at least $5 can bet $1 on Jake Paul or Ben Askren to win the main event, and if either fighter records just one punch, that customer will win $100 in free bets!

Who is Jake Paul?

Jake Paul is a 24-year-old entertainer from Cleveland, Ohio who rose to fame on the former social media site, Vine, before appearing on the Disney Channel for two years whilst rising through the YouTube ranks.

Paul has also released music and is now of course a professional boxer.

Who is Ben Askren?

Ben Askren is a 36-year-old former MMA fighter who was formally the Bellator and ONE Welterweight champion before heading to the UFC where he truly made his name.

Askren has won many awards in his time, as well as being the world champion in submission wrestling.

Who is singing at the Jake Paul vs. Ben Askren fight?

A host of big name musicians will be performing at the Mercedez-Benz Stadium in Atlanta, Georgia this week, inlcuding Justin Bieber, Doja Cat, The Black Keys, Diplo and Major Lazer.