With March Madness upon us, Matt and his wife Allyson share their top bracket tips -- plus insights from their recent trip to Spring Training -- over a coast-to-coast beer flight. Check out the full episode here.

The name of the game is picking a champion with better odds of winning the title than your pool’s consensus implies.

If you’re in a pool without strong ties to any one region -- PSA to stick to smaller pools, ideally around 20-25 brackets and not larger than 50 entries in order to limit the likelihood that variance undermines your edge -- it might not be clear as to how you can zig where others zag. Consider what you know about the people in the pool -- maybe you’re in Southern California with a group of friends who all graduated from Michigan, so you’ll want to leave the Wolverines to them. When all else fails, tools like ESPN’s People’s Bracket can serve as a good barometer for prevailing thought -- and where you can pick your spots to fade the general public, keeping a smaller slice of the pie for yourself.

Top of the first. Bases loaded. One out. Trevor Bauer walks the batter to force in a run, and...inning over?!

That’s how the first frame played out last Thursday in the Dodgers’ Cactus League contest against the Mariners. Dodgers Manager Dave Roberts didn’t want to overextend his prized free agent acquisition, and thanks to new rules, after a sloppy start he was able to call Bauer and the defense off the field in the middle of a Mariners rally.

Seattle had gone off as a +175 underdog, and after having the plug pulled on their first-inning threat, the game ended in a 4-4 tie after seven innings. How’s that for a push?

You read that correctly: A one-out inning, a 4-4 tie, and a seven-inning game. In Major League Baseball. Welcome to Spring Training in 2021. The oddities are even more plentiful than those in a typical exhibition season, and while they add some uniquely interesting angles from a viewing perspective, they introduce a slew of new vagaries from a betting perspective.

If Spring Training games were tough enough to predict in previous seasons, the variance has been taken to a whole new level this year with teams having more flexibility to focus on preparing for Opening Day as opposed to conforming to regular-season norms in games that don’t count.

It can be fun to watch -- but think twice before putting your bankroll at stake.

There’s no sugarcoating it: The pandemic has been brutal for a plethora of reasons. So when even a small silver lining emerges, we might as well embrace it. Case in point: relaxed laws on beer shipping have been a boon for breweries and drinkers alike.

The relaxed laws made it possible to enjoy a coast-to-coast, side-by-side tasting of IPAs and sour beers as we recorded. The New York City Beer Week Beer Box and California’s Hop Box yielded some pleasant surprises and made for a fun experiment that required little effort on the drinker’s end, thanks to the New York City Brewers Guild’s partnership with Halftime to curate some of NYC’s finest craft beer and ship it across the country, as well as Hopped L.A. and The Glendale Tap putting some of the state’s finest beer into the hands of craft beer fans on the West Coast.

Allyson and I saw eye-to-eye on the best beer of the tasting: Meeting of the Minds, a hazy double IPA by California’s Moksa Brewing Co. bursting with pineapple and citrus and drinking much lighter than its 8.2% ABV would suggest. We also enjoyed a hazy IPA by Brooklyn’s Sixpoint Brewery, as well as two sour beers from opposite coasts that somehow both featured acai and blueberries, all from the comfort of our own home -- bolstering the case that it’s never been a better time to be a craft beer fan. 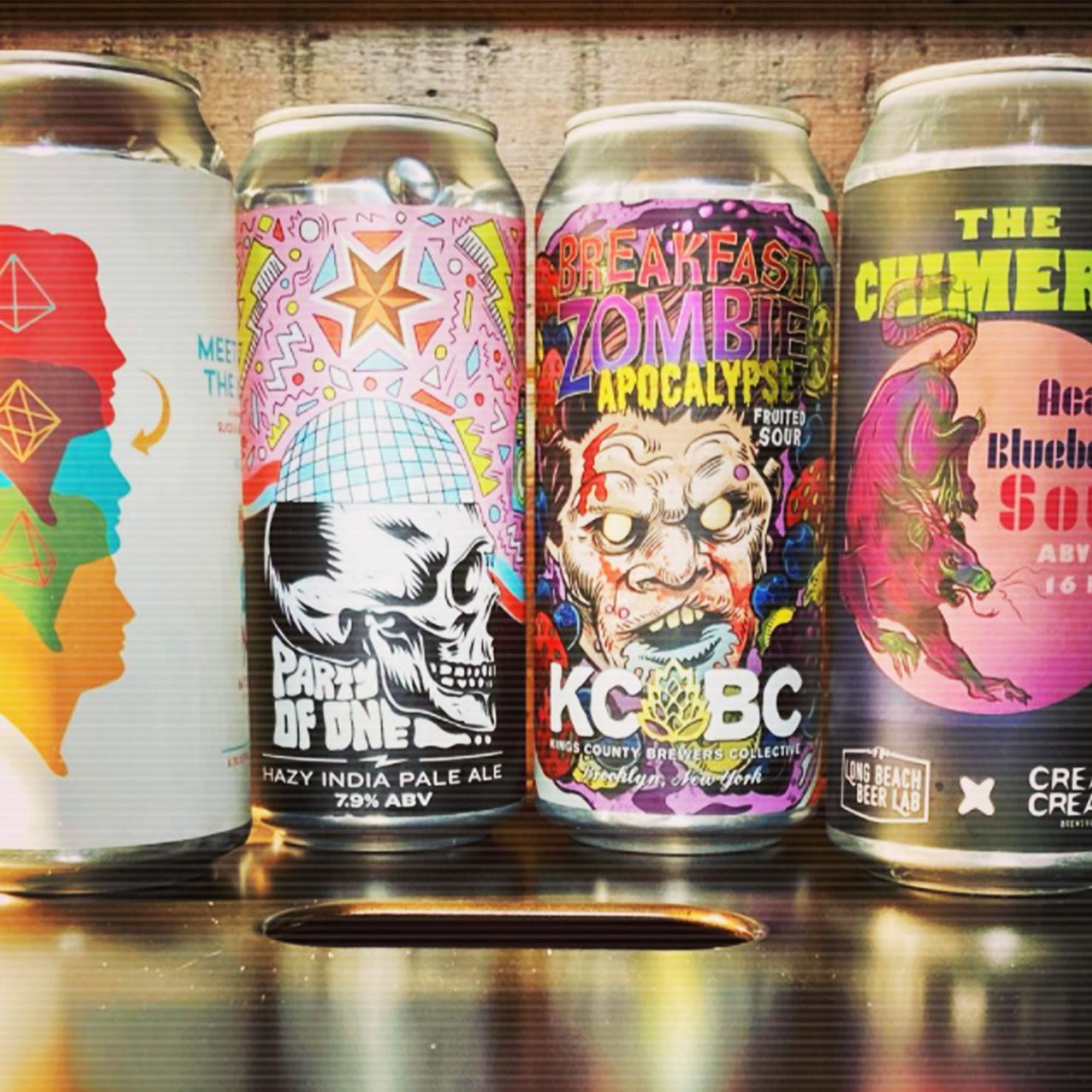