What are the top 10 biggest sporting upsets of all time?

Oh, how great it is to have pro sport back! After what seemed an eternity, the MLB, NHL and NBA have returned to action, and already there is no shortage of talking points; some good and some bad.

The reintroduction of basketball into our lives was close to perfect with the Disneyworld bubble in Orlando appearing to be the ultimate match for COVID-19. Even the very first week of action threw up its share of huge moments, from TJ Warren rewriting history to Devin Booker putting the Clippers on skates, but it was Brooklyn’s 119-116 upset win over the Milwaukee Bucks that really grabbed our attention. The Nets were 18.5 point underdogs heading into the match – the biggest upset win against the spread since 1993.

At Dimers, we pride ourselves on predicting the future, but every now and then a result will send shockwaves through the sporting world.

We’ve had our say on the Top 10 Sporting Upsets:

While the Brooklyn Nets enjoyed a fruitful summer in 2019, securing the signatures of Kyrie Irving and the rehabbing Kevin Durant, the 2019/20 season had been a relative disappointment for the Nets who fired head coach Kenny Atkinson just before the league shutdown.

The announcement to return to play was greeted with a number of big name Nets players opting out of going to Disneyworld which left most analysts predicting the demise of Brooklyn’s chances to make playoffs.

However, a decimated Brooklyn team further hampered by the injuries to Caris LeVert and Joe Harris, were able to stun the NBA world and beat a rampaging Milwaukee Bucks.

9. The Nats win two on the road to win the World Series

The Washington Nationals had to do it the hard way to win their first ever World Series in 2019 against the powerhouse Houston Astros.

Entering the playoffs with a modest 93-69 record, the Nats matched up in the World Series with the dominant 107-55 Astros, who have experienced some controversy of late. While the Nats raced to a 2-0 lead in the series, they dropped their next three to find themselves just one game away from a Houston title.

Washington rallied, though, winning their next two games on the road to beat the Astros and rename the city ‘Title Town’ after the Capitals won the Stanley Cup earlier in 2019.

There is no bigger powerhouse in American Collegiate sport than the UConn Huskies Women’s Basketball Team. Led by Head Coach Geno Auriemma for over three decades, the Huskies have won a record 11 NCAA Division I titles.

In pursuit of their fifth Division I title in a row in 2017, the ladies from Connecticut headed into their Final Four match up against Mississippi State on a 111-game winning streak. It took a Miss St buzzer beater in overtime to end the streak and complete the biggest upset in women’s sport.

Stop. We already know what you’re going to say: “Wrestling is scripted, it’s not a real sport”.

Also, we just wanted an excuse to post this video.

As we entered the 2016 NBA Finals legacies were on the line. The Golden State Warriors, having finished the regular season with a 73-9 record - eclipsing Michael Jordan’s 1995/96 Chicago Bulls - were looking to confirm themselves as the best team in history.

Standing in their way was the Cleveland Cavaliers and LeBron James, who himself, was trying to maintain his own legacy as one of the greatest of all-time.

The Cavs came back from a 3-1 deficit to force a Game 7, with Kyrie Irving hitting a clutch 3 in the dying minute to give the Cavs their first NBA title. But it was the James block on Andre Iguodala in the moments before that will live on in the memories of sports fans for life.

European soccer has become an arms race in the last 20 years. With teams owned by Saudi princes and oil barons, getting the chance to see your team experience success is contingent on whether or not your team is owned by someone rich.

That’s why Leicester’s Premier League win in 2016 is so special. Ranked as a 5001/1 (+500000) chance heading into the season, nobody – ABSOLUTELY NOBODY – gave Leicester City a chance of matching it with the likes of Manchester City, Man Utd and Liverpool.

Led by goal scoring machine Jamie Vardy, the Foxes continued to surprise each week, eventually claiming the title with two games to play. This was one for the true underdog! 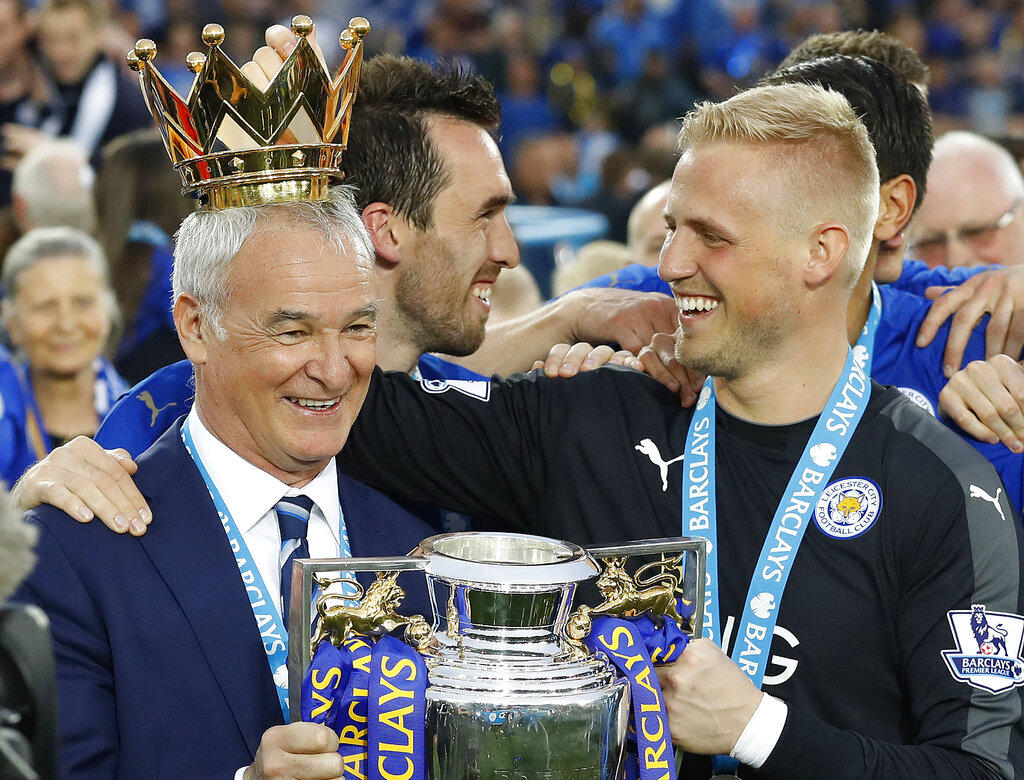 In the Summer of 1992, the US National Basketball Team full of Hall-of-Fame talent dubbed The Dream Team dominated the Men’s Basketball competition at the Barcelona Olympic Games to leave their imprint as the most dominant sports team in history.

But while the record books show that The Dream Team went 8-0 in Olympic competition to claim gold, it was their one and only loss in a scrimmage to a team compiled of NCAA players that places them into this unenviable list of upsets.

Dream Team coach Chuck Daly was rumored to have intentionally thrown the match to teach his players a lesson about complacency. Obviously it worked.

The New England Patriots are the undisputed kings of pro football. With Bill Belichick at the helm, the Patriots just completed their 18th consecutive winning season, claiming an unprecedented 6 Super Bowl’s in that time.

But it was in 2007/08 that the Pats looked their most formidable. Led by the GOAT, Tom Brady, New England took all before them in the regular season and playoffs, entering SuperBowl XLII with an 18-0 record.

Not much was expected of the wild card winners New York, but the Giants rallied in the fourth to break Pats’ hearts. Eli Manning claiming the first of two Super Bowl titles.

A bad man by his own admission, Mike Tyson was SCARY in his prime. Tyson, who debuted as a pro boxer in 1985, won his first 37 professional bouts, claiming the WBA, WBC and IBF Heavyweight titles along the way.

It didn’t look like anyone could stop Iron Mike – that was until February 11, 1990 when Tyson met his match in the little-known Buster Douglas.

Douglas went into the bout as a 42/1 (+4000)  dog with Tyson expected to make light work of the 30-year-old from Ohio. But Buster came out hard at Tyson and gained the ascendancy in the fight early, eventually stopping him in the 10th round.

Whenever a game is anointed with its own name you know it’s a big moment in time, and there was no bigger moment for the USA in 1980 than the Miracle on Ice.

The Soviet Ice Hockey team of the 1960s and 70s were untouchable. Leading up to the 1980 Winter Olympic Games in Lake Placid, the Soviets had won gold in five of the previous six Winter Games and entered as heavy favorites to continue their dominance.

The USA team headed to Lake Placid with an inexperienced team full of collegiate players, none of whom had played professionally in the NHL.

When the two teams met in their Final Round match-up, it was believed to be only a matter of time before the Soviet Union would again claim gold.

The match started to script with the Soviets claiming an early lead. The US would fall behind three times throughout the match, tying the score at 3-3 before Mike Eruzione scored the game winning goal. Cue the cheers from the raucous home crowd – U-S-A! U-S-A!

Given the ongoing political tensions between the Americans and Soviets during that time, the victory transcended sports. It wasn’t just a win for the US Ice Hockey Team – it was a win for every single American.