The greatest show on ice is back again with the NHL season beginning this week.

As with just about every sports league on the planet right now, the season is heavily impacted by the COVID-19 outbreak, with the season shortened to 56 games per team, with the Canadian teams realigned into their own conference due to cross-border travel restrictions.

As with the NFL and NBA seasons, you may think it's hard to bet on the NHL with the risk of players missing due to COVID protocols, but that'es exactly where Dimers comes in. We have up-to-the-minute data projecting every result, with 10,000+ simulations occurring on any and every game as soon as anything changes, from betting lines to players being out.

So if you're on the lookout for bets throughout the season, make sure you come back to the Dimers NHL Bet Hub where our model will always be looking to beat the books!

But first, we’ve compiled the top contenders for all the best NHL future bets.

It’s a headline writer’s dream this season as we ask ourselves: can lightning strike twice?

Despite taking home the Stanley Cup last season, Tampa Bay only finds themselves third favorite in the betting market heading into opening night, representing good value at +800. The Dallas Stars, who the Lightning beat in six games to win their second championship, is a big time play at +2500, but then again, the Stars got kind of lucky upon the season restart on their way to a surprise appearance in the Stanley Cup Finals.

We think the best value for this year’s title may come from the newly realigned North division which is made up entirely of Canadian teams who will be playing each other north of the border.

The NHL is BACK! And PointsBet is introducing Overtime Insurance!

Receive up to $50 back in free bets when you place a pre-game moneyline wager on the NHL and the team you bet on loses in Overtime or in a Shootout! 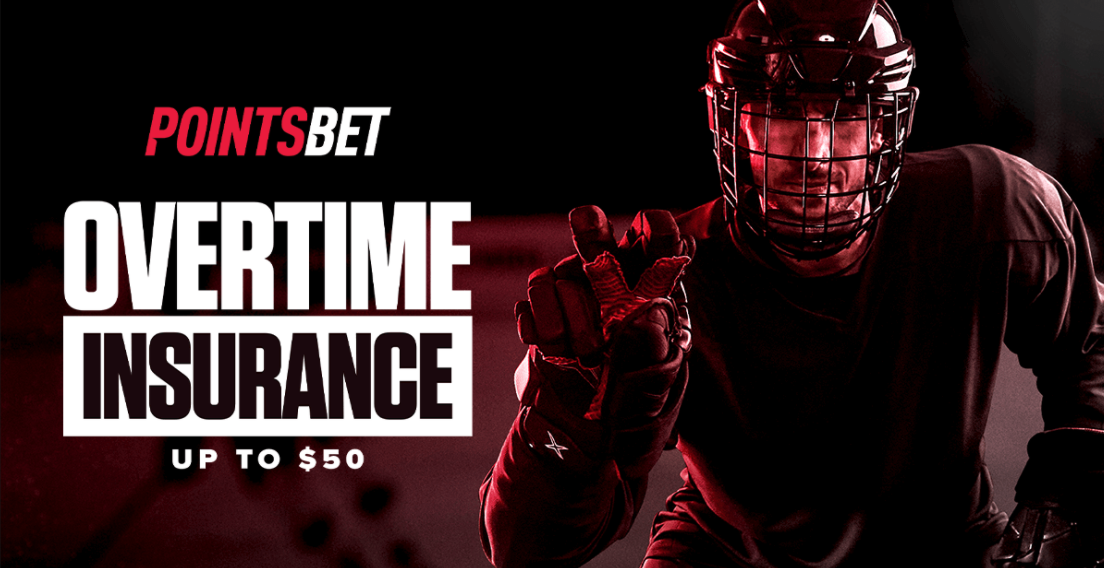 Sign up to PointsBet and receive an extra $100 when you deposit $50!

With relatively low infection rates compared with the US, Canadian teams may not have the distractions that the American teams will have to face on a daily basis. How much of an impact will that kind of mental relief have after the long grind of a regular season?

We think it’s worth something, even just for a team chemistry standpoint. The Canadian teams should have a mostly uninterrupted season with minimal players missing, whereas in America, it’s almost a foregone conclusion that multiple players will miss multiple games.

As for which team? Well, there is lots of value on the betting market. From the Montreal Canadiens (+2000) to Edmonton Oilers (+2600), a good strategy would be to make a small play on each team in the Division to win big. Our pick, though, is the Toronto Maple Leafs (+1200). On paper, they appear to be the strongest up north which means they should have a clear passage through the regular season and early stages of playoffs. Also worth playing the Maple Leafs to win the North Division at +125.

The Oilers have issues with defense, but are an offensive powerhouse with McDavid and Draisaitl together. They’ll be competing for the second spot in the North Division all season which will mean they’ll muster up enough wins to get through the postseason. It’s hard to look past the reigning Draisaitl as our pick for this one. They are sensational odds for a team that should be better and a player who has done it before and is in his prime.

The odds aren’t great for a futures pick, but Alexis Lafreniere appears to be the complete package and absolutely worthy of Calder Trophy favoritism.

The 19-year-old, who went first overall in the NHL Draft, is coming off a huge 2020 Junior Championships tournament where he won the MVP on the way to claiming Canada’s 18th World Junior Title. The New York Rangers have found their franchise player, and he’s going to make an immediate impact.

Almost ready to join a Sportsbook and start betting online? We’ve listed the best available Welcome Offers for each legal betting state below.