Sunday's Wild Card games kick off which what should be one of the best matchups of the week, with the Tennessee Titans playing host to the Baltimore Ravens.

Both of these teams are headlined by offensive superstars in Derrick Henry and 2019 MVP Lamar Jackson who will both be keen to lead their teams to big totals in the pursuit of a win.

Our NFL Bet Hub predictions has this one staying within a touchdown, with the Ravens the more likely to advance to the next round.

Before we get into our suggested plays for this game, we'd be doing you a disservice by not letting you in on this deal from BetMGM. Basically, you can bet $1 on any team to win this weekend, and as soon as either team in that matchup scores a touchdown, you'll pocket a cool $100.

Sign up to BetMGM through Dimers to lock in this ridiculous offer. 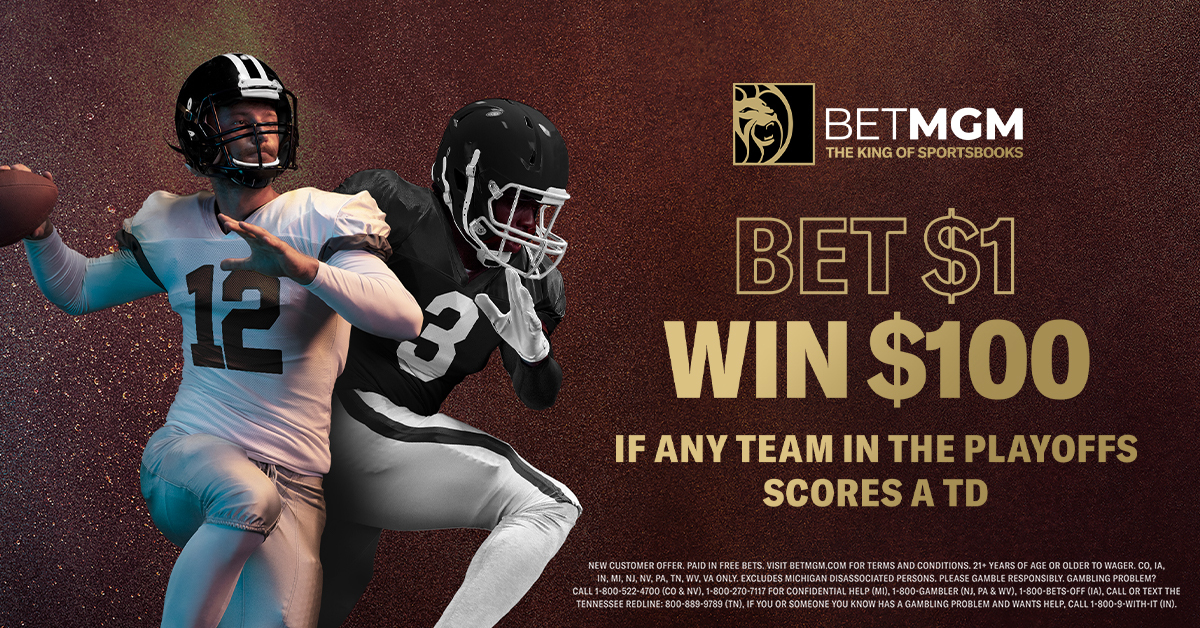 Baltimore has gone an impressive 10-5-1 against the spread (ATS) this year, meaning they very much cover more often than not, whilst Tennessee has a 7-9 record ATS. The Ravens are going to enter this one favored by around a field goal which looks right on according to our predictive analytics model. Below is our model's best play to make on the spread right now!

The Total Match Points line for this game is sitting around 54.5 mark, which looks slightly too high according to our data. As above though, these two sides have a lot of offensive weapons, including the man with the most rushing yards in the NFL for 2020.

If you're looking to bet on the winner of the game straight up (including OT if we get there!) then the moneyline is the market for you! The Ravens look the more likely to win, but will give you less of a pay out than a successful Titans bet would. 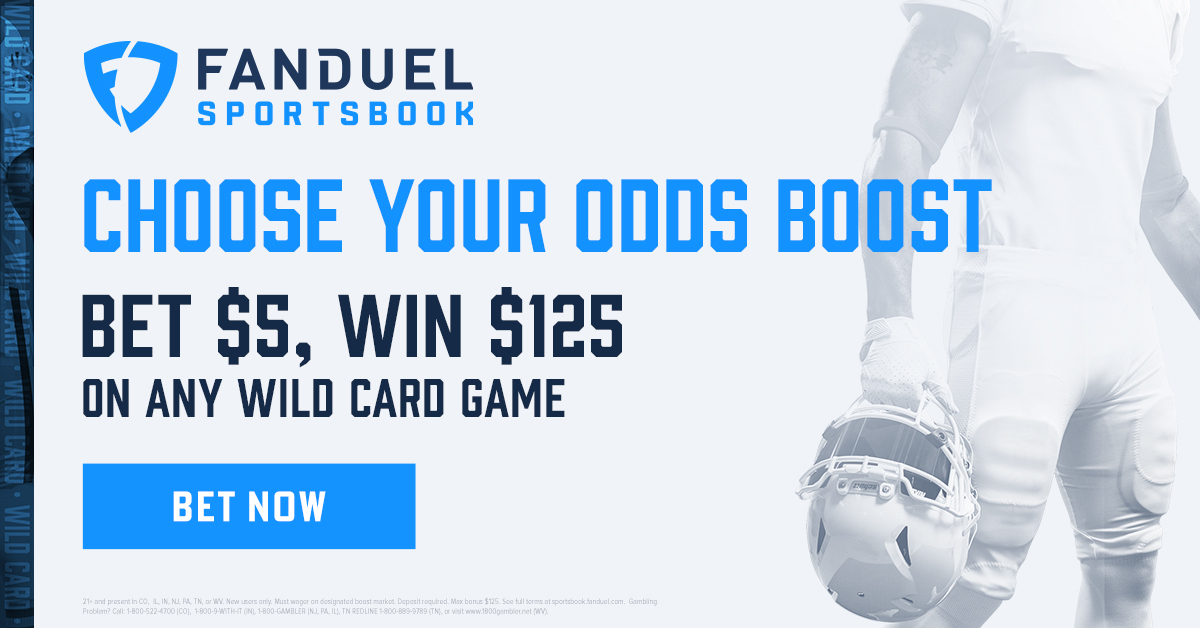 A great matchup to kick off what should be a super Sunday of Playoffs action, look for this one to go right down to the wire, with a winning bet or two setting you up for the rest of the afternoon!

By the way, don't sleep on the prop play markets here, either. We've got Derrick Henry (surprise, surprise) as the best chance to get over for a TD in this one. Get more anytime touchdown probabilities for Ravens @ Titans.

Almost ready to join a Sportsbook and start betting online? We’ve listed the best available Welcome Offers for each legal betting state below.