If you’ve been following Dimers for a while, you’ll know that we absolutely love a futures bet or two and with the NBA season upon us, it’s time to look at what our predictive analytics model is saying in regards to the 2020/21 NBA Championship.

As expected, the Lakers lead the line as the most likely team to win it, with the Bucks, Clippers and Nets rounding out the top four.

Scroll down for a write up on a few teams that our model is liking as well the probabilities for all 30 teams! 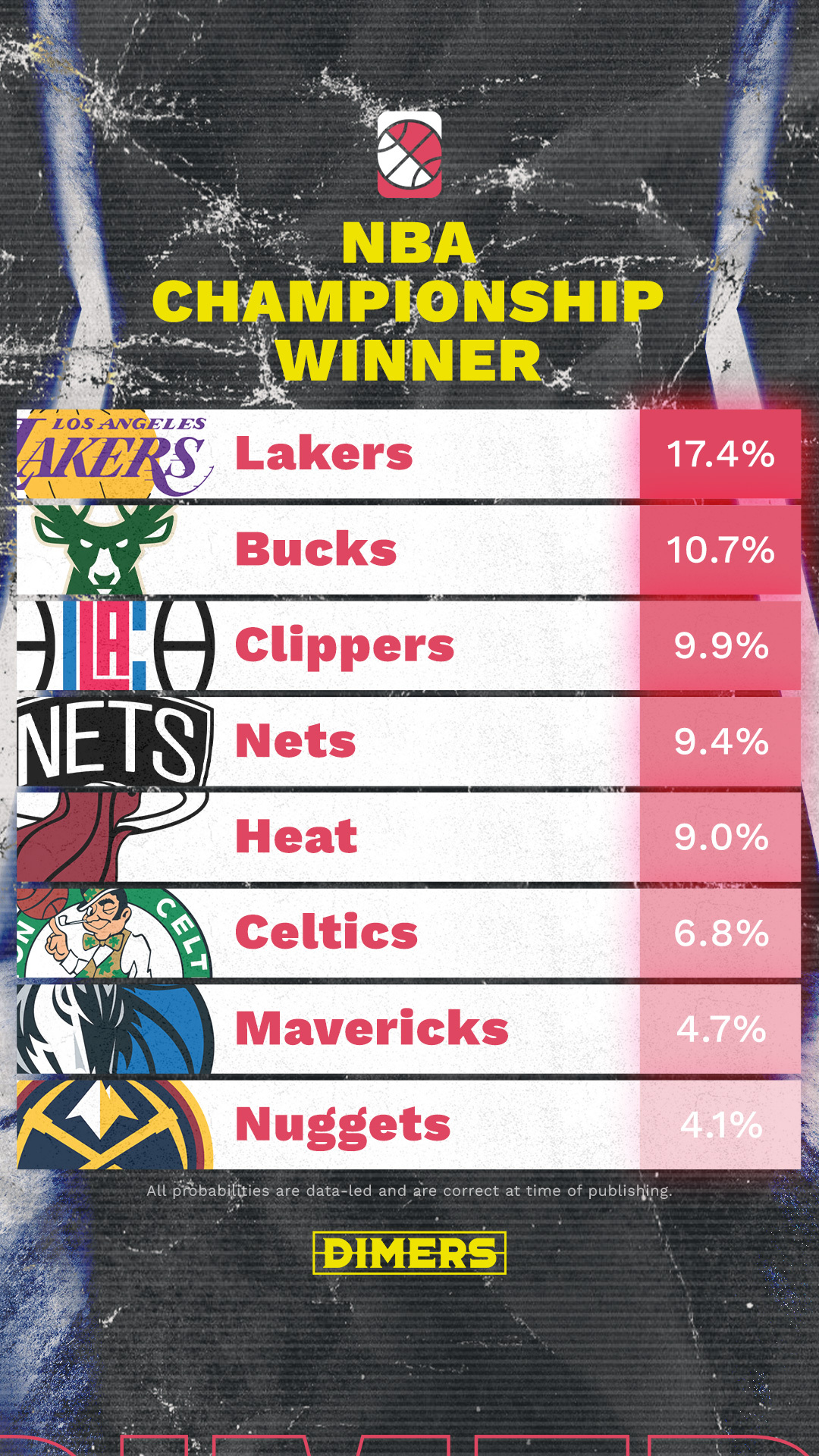 As seen in our win totals article, the Mavs are looking like one of the big improvers from last season in which they finished 7th. When it comes to championship probabilities, they are currently the third highest ranked team in the West, behind only the two LA teams. If Luka gets off to a hot start and Porzingis returns with his body intact, the Mavs odds could come in drastically over the first month or so of the season.

At the time of writing, the Raptors have come in as the ninth most likely side to win the Chip in 2021, and at odds +3000 look like a smarter play than other teams around the same probability. They still have a lot of the squad that won the title back in 2019 and if it comes down to crunch time in a big playoff moment, you’d be brave to bet against the guys that took down the Warriors (even if they have lost Kawhi since).

So, this is a weird one. The Rockets are at odds of +8000 meaning that any dollar you out on them would return $80. Now, this projection is based on the current roster so that obviously includes a pretty disgruntled James Harden, but if he somehow does remain in Texas, then those 80/1 odds will look silly, pretty fast. We wouldn’t recommend putting much on this bet, but another thing is to consider that they could get a decent haul back for Harden as well, including rumors about Ben Simmons, Jamal Murray and Tyler Herro.

For every team's probability and best odds to win the championship, check out our NBA Championship Probabilities by clicking the NFL drop down menu and changing it to the NBA.

Curious about sportsbetting? Now is the time to join, because, as you'll see below, these online sportsbooks are desperate for your business! A 200% deposit match, for instance, is INSANE!