Props & Hops provides weekly wagers distilled from the best football gambling podcasts, plus original analysis and the best in beer. Here’s a taste of the Week 15 highlights - check out the full episode here.

If you’re ready to join one of the many new online sportsbooks that are desperate for your business, you can claim the best Welcome Offer available to you by tapping on your state here: PA  NJ  IN  CO  IL . Trust us - these are THE BEST Welcome Offers available. Now, on to Matt's breakdown for the weekend:

The Bears deserve an upgrade for last week’s dismantling of the Texans, but based on Week 14 results it’s quite a leap to get to this point spread from the lookahead line of Vikings -6.

Considering the quality of the rosters and the coaching mismatch heavily favoring Minnesota’s Mike Zimmer over Chicago’s Matt Nagy, this line understates the gap between these two teams.

Some Bears backers are bullish on Mitch Trubisky as a spark for the offense, but we’ve been down this road before. Sooner or later that spark turns into a sinkhole - usually sooner.

Drew Brees is back for the Saints, but whether he’s back at full strength is another question. If we see any rust or lingering effects from the injury that sidelined him for the past month, the upside he brings to the passing came relative to Taysom Hill stands to be compromised, especially with Michael Thomas ruled out.

On the other side of the ball, the New Orleans defense has received a lot of praise lately but was exposed last week in Philadelphia in Jalen Hurts’s first career start. The strong numbers the unit had posted came largely against weak opposition. It takes a lot of talent in the back seven to cover Tyreek Hill and Travis Kelce, and like most teams the Saints project to be overmatched.

New Orleans’s ticket to winning and covering is to hinder Patrick Mahomes and the Chiefs’ pass game without blitzing, and they have a chance to do so against a banged-up Kansas City offensive line likely down to its third-string right tackle. But if the Saints can’t seriously disrupt Mahomes on defense and rediscover their dynamic form on offense, they should struggle to keep up with the Chiefs.

A lot is being made of Kansas City continuing not to cover point spreads recently despite winning outright. If their performance holds up, that narrative will change as soon as Sunday. Just last week, for example, the Chiefs outgained the Dolphins by 2.5 yards per play and only lost the cover via the back door despite going -3 in turnovers, a very meaningful metric that regresses heavily toward the mean. With this week’s point spread of just a field goal, it’s a much narrower back door in New Orleans. In a possible Super Bowl preview, sustained quality performance should net the cover for Kansas City.

In the first leg of the teaser, we’re asking the Packers to do little more than win outright as the clearly superior team playing at home.

In the second leg, the second-lowest total on the board implies minimal variance and increases the relative value of taking the Patriots up through a touchdown. The Dolphins’ injuries at the skill positions and Bill Belichick’s track record of thwarting rookie QBs further solidify New England as an outstanding teaser candidate.

Panthers/Packers features the second-highest total on the weekend slate and the best matchup for this prop.

It also checks boxes with the matchup - the Green Bay offense isn’t limited to the ground game at the goal line, with Aaron Rodgers already having tossed seven 1-yard touchdown passes this season. On the other side of the ball the Packers’ defense isn’t all that stingy, having allowed eight 1-yard touchdowns through 13 games.

The Panthers are no stranger to 1-yard touchdowns themselves. With an offense improving health-wise and a forgiving defense, we should see some action at the goal line at Lambeau Field. I make this prop good up to -165.

🍺 Beer of the Week: Shadow of a Doubt

This week we take a trip to the dark side and turn to an imperial porter by Russian River Brewing Company in Santa Rosa, Calif. Shadow of a Doubt is Russian River’s homage to local film noir, as it’s named for the Alfred Hitchock thriller filmed in Santa Rosa in 1943.

Shadow of a Doubt clocks in at 9.6% ABV, with an appearance befitting its film noir inspiration - it’s pitch black with a thick, tan head that goes well with the black and white train station on the bottle label that serves as a nod to an iconic scene from the movie. 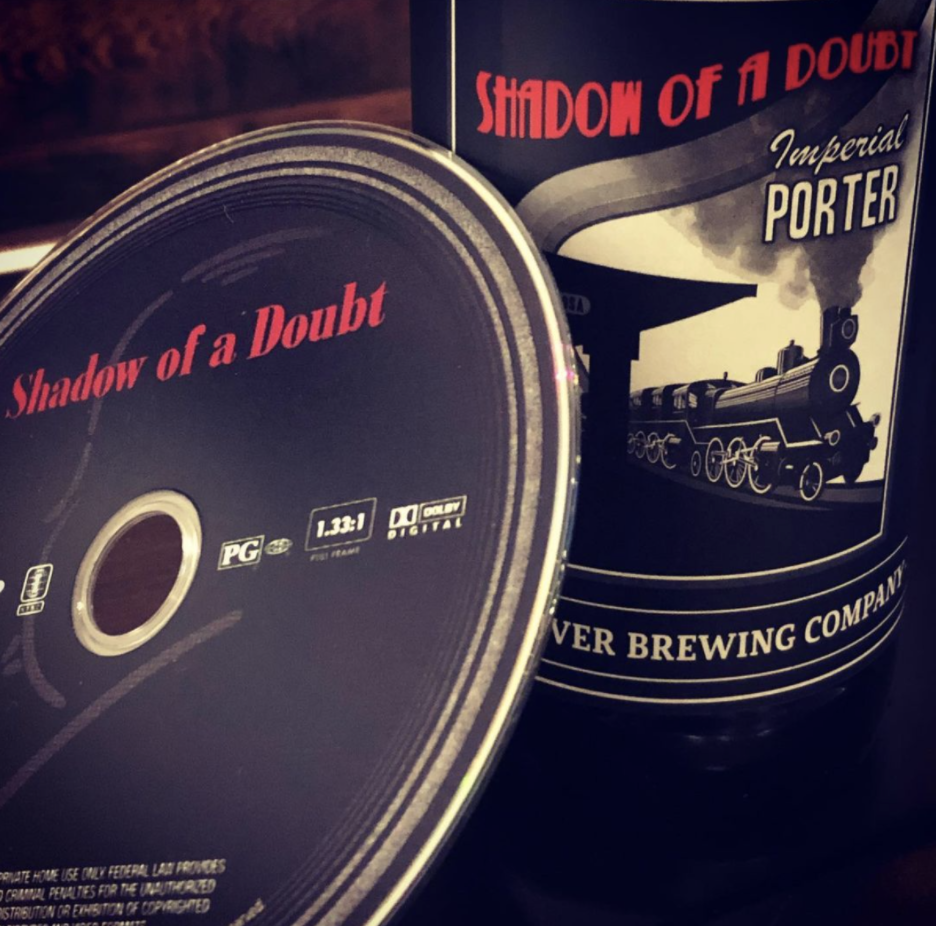 Digging into the aroma and flavor, Shadow of a Doubt proves to be a classic winter warmer: roasty with notes of chocolate, tobacco, raisins and spice.

The mouthfeel is silky smooth with a medium-full body and moderate carbonation.

Overall, perhaps the only miss is the name of the beer. My wife always laments Russian River’s failure to capitalize on a play on words with “Shadow of a Stout,” and she has a point - this imperial porter could easily pass for a stout. Nevertheless, it’s a fantastic treat. Bonus points if you drink Shadow of a Doubt while watching “Shadow of a Doubt.”