The NFL season may have just finished but it's already time to start looking ahead and thanks to William Hill and their early MVP odds, we're here to do exactly that.

Packers legend, Aaron Rodgers, stormed home last season to take out the award ahead of Patrick Mahomes and Josh Allen, and those three guys are again the favorites as we look to the 2021 season.

In last year's pre-season preview, we put forward Russell Wilson as our top pick and for a while there, we were looking good to cash some big tickets!

Check out our updated plays and predictions below ⬇️

The 2018 MVP fell short both in the regular season and the Super Bowl and will be out to rectify both in the 2021 season. Despite not winning any awards this season, he's still the most talented QB in the league and with a chip on his shoulder will be extremely hard to bet against. Even at +500 odds, Patrick Mahomes is our top pick for the 2021 NFL MVP.

The reigning champ and now three-times winner of the award, Aaron Rodgers comes in as second favorite this season as he aims for back-to-back titles. He would need to become the first back-to-winner of the MVP since Peyton did it back in 2009 and due to that fact, as well as getting another year older and likely putting more of a focus on the post-season, we are fading Aaron Rodgers when it comes to the 2021 MVP.

The third favorite in the market is Bills young star, Josh Allen. Allen has improved each year he's been in the league, taking a considerable jump in the 2020 season. If he improves at the same trajectory and the Bills again win their division, Allen will be right in the conversation come season's end.

The hottest name on the potential trade market, every statistic says that Deshaun Watson is one of the best QBs in the land, with his teammates letting him down as they finished last season with a 4-12 record.

If Watson gets his wish and moves to a contending team (we like him on the Titans 😉) then he's going to be right in this race and at much shorter odds than the 18/1 currently on offer, making him the best value play for the 2021 MVP.

Best sportsbooks in your state

Kyler was a constant in our MVP write-ups last season and with another year under his belt, he's a serious contender for the award in 2021. Kyler and D-Hop are one of the most dynamic duos in the league and if Kyler can get his numbers up whilst still producing highlights with his partner in crime, the MVP hype will be uncontrollable.

The back-to-back rushing yards leader and now reigning Offensive Player of the Year, Derrick Henry looks to be the most likely non-QB to win the MVP in the next year or two. Coming off another season of 2,000+ rushing yards, Henry is now a household name and if he can go big again in 2021, quarterback fatigue may kick in, allowing him to become the first RB to win the award since Adrian Peterson back in 2012.

Our first dark horse pick for the 2021 MVP is the much-maligned Browns quarterback, Baker Mayfield. The Cleveland number 6 had his best season to date in 2020, helping lead the Browns to their first playoffs appearance since 2002, as well as their a big win against the Steelers. The Browns have great running backs in Nick Chubb and Kareem Hunt but if they're going to go to the next level, Baker will need to lift to another level and if he does, he could find himself in the discussion for the MVP.

One of the most exciting players in the NFL, Kamara will be one of the most important running backs' this season in terms of teem success. The starting QB role is up for debate in New Orleans and it's likely that a lot of pressure will be based on the shoulders of Kamara as the Saints look to make another run in the postseason.

You didn't think we were going to write this article without an Aaron Donald mention, did you? The Rams superstar cemented his spot as the best defensive player in the league this season, winning his third DPOY title. If a defensive player is going to win the MVP, it's going to be Donald. 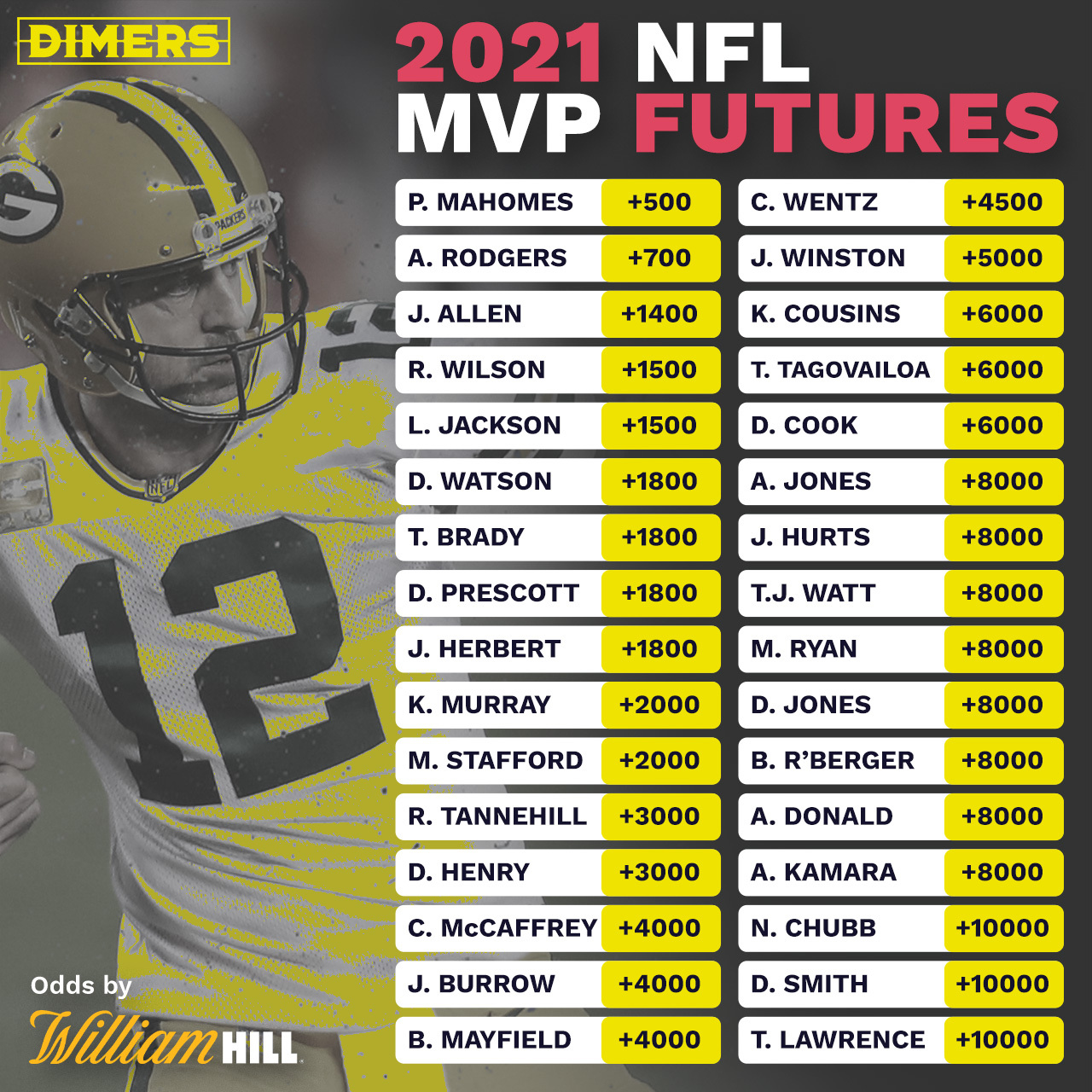