As much as we’ll try, 2020 will go down as a year that no amount of whiskey will ever be able to erase the memory of.

And during these unprecedented times of upheaval, lockdowns and uncertainty, the one thing we can usually always depend on – sport – has also experienced its own period of unparalleled disruption and weird moments that we never thought we’d see in our lives.

From the whacky to the bizarre, to the shocking, here are the top 10 craziest things to happen in a year we’ll never forget.

Curious about sportsbetting? Now is the time to join, because, as you'll see below, these online sportsbooks are desperate for your business! A 200% deposit match, for instance, is INSANE!

It’s hard to picture it now, but all the way back in March, COVID-19 was a complete unknown to much of the Western world. Utah Jazz Center Rudy Gobert learned first-hand, however, that coronavirus was no laughing matter.

Days after he made jokes at a press conference, touching the microphones of journalists, the 28-year-old Frenchman became the ‘Patient Zero’ of pro sport in America, testing positive to the virus. The news, which came out just as the Jazz were due to tip-off against the Oklahoma City Thunder, sent the world into a frenzy. The NBA suspended its season immediately on a night that will be remembered as the day America finally started to take notice.

Here's Rudy Gobert on Monday touching all the microphones in the media room on purpose.

Here we are on Wednesday, and Rudy Gobert was just confirmed to have coronavirus, causing the NBA to suspend the season.

9. Sports leagues across the world shut down

With governments imposing full-scale lockdowns of its citizens, the major sporting leagues across the world followed the lead of the NBA by also either suspending or entirely canceling their seasons in March. From Italy’s Serie A to England’s Premier League and even as far as Australian Rules Football, never has there been such a sudden shutdown of all sport across the world.

Despite some leagues resuming in bubble environments, or in empty or near-empty stadiums, the shutdowns have had a major financial impact that will be felt for generations to come. The NFL, for example, is projected to lose up to $2.7B this season alone.

So often the Olympics is seen as a beacon of hope for the world, but not even the Games of the XXXII Olympiad escaped the clutches of Coronavirus.

Due to be held in Tokyo, the games were quickly postponed, now rescheduled for July 2021. It is the first time an Olympic Games have been put off since World War II

Let’s get away from the COVID-related weird stuff for the moment as we remember Tom Brady signed for the Tampa Bay Buccaneers. Yep, that’s right – the GOAT – who spent almost 20 years with the New England Patriots, winning 6 Super Bowls in the process, decided to put on a Bucs jersey for the 2020/21 NFL Season. If the sight of Brady in red and black doesn’t seem weird to you, I don’t know what to tell ya.

Just an additional FYI: he’s proved a lot of people wrong this season, leading the Buccaneers to the cusp of an NFL playoff berth. 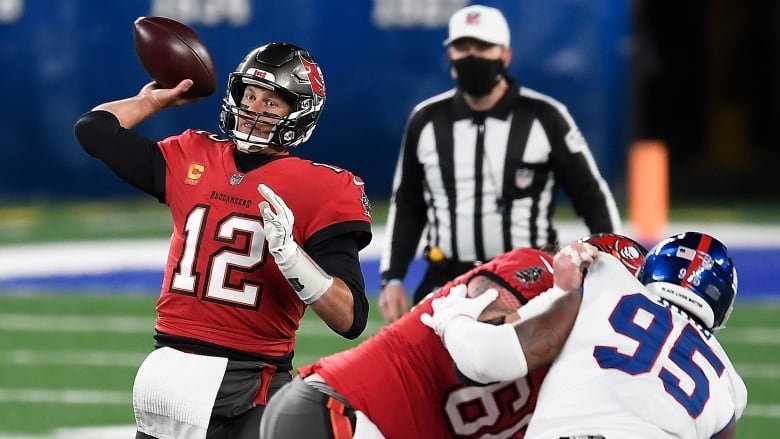 When pro sport eventually did resume later in the year, things just started to get a lot weirder. FC Rostov, who play in Russian’s Premier Soccer League, experienced a COVID outbreak amongst their senior players in June and were all forced to quarantine. Rather than reschedule their game against Sochi, the Russian Premier League forced the 4th-placed Rostov to find some players and play.

The club had to field a squad made up entirely of their youth league team, with an average age of only 17. Amazingly, Rostov started the game well, scoring the first goal before conceding 10 in a row to cap off one of the most lopsided soccer games in history.

5. Denver loses all its quarterbacks

The NFL made the decision to forge on with their season without any bubbles like that of the NHL and NBA, with teams traveling across the nation each week to play games. The additional freedom afforded to NFL players has come at a cost, with multiple outbreaks across the league this season. However, no outbreak was as costly as the one that forced the Denver Broncos to quarantine every single quarterback they had on their roster.

After backup Broncos QB Jeff Driskel tested positive, fellow teammates Drew Lock, Brett Rypien and Blake Bortles were deemed as close contacts and forced to quarantine, missing their Week 12 game against the New Orleans Saints. Wide Receiver Kendall Hinton was thrown into the mix to act as the main man against the Saints and despite his best efforts in his first NFL game, he made just 1 completion from nine attempts, passing for 13 yards. The Broncos could only manage a solitary field goal in the game, losing 31-3.

4. The Belarus Premier League becomes the only game in town

As sports leagues across the world were shutting down, one league kept going. The Belarus Premier Soccer League quite literally became the last league standing in the world as the Belarus President resisted enforcing any lockdowns. The obscure soccer league quickly gained a cult following with degenerate gamblers (like us) desperately looking for a game to bet on.

The league reported a huge increase in popularity and viewership, signing television broadcast deals in Russia and India.

A story that kept getting crazier as it went on, LA Dodgers star Justin Turner was pulled off the field in Game 6 of their World Series matchup against the Tampa Bay Rays. Turner, who submitted to a coronavirus test earlier that day, was given the news in the 6th inning of the game and spent the final stages of the match watching from the doctor’s room as the Dodgers captured their first World Series title since 1988.

But what made this story weirder is that the Dodgers third baseman returned to the field after the match, knowing full well he had an infectious disease. He was even seen hugging his teammates and kissing his wife. Luckily for Turner, he escaped punishment from the league, and it doesn’t appear as though anyone was infected. He did, however, issue a public apology.

2. Novak Djokovic organizes a tennis tournament in the middle of a pandemic

Novak Djokovic is currently the world’s number 1 ranked tennis player. Throughout a career spanning three decades, the Serb has claimed an astounding 17 Grand Slam wins. His tennis skills are undoubted, but his intelligence is.

Djokovic, in all his infinite wisdom, decided to organize a charity tennis tournament in June in Europe, which was, at the time, the epicenter of COVID-19, with full capacity crowds in attendance. But wait, there’s more:

During the tournament, videos surfaced on social media of a shirtless Novak dancing in a Balkan nightclub with other players. Unsurprisingly, the Joker (seems like an apt nickname now) and three other participants in the tournament all tested positive in the days following the event.

For the record, Dominic Thiem won the tournament, but Djokovic wins the award for the dumbest person of 2020.

Topping our list is something that is now so commonplace that you probably don’t even think it’s weird anymore. But, if we were to tell you in January that by December you would be used to seeing cardboard cut-outs of cartoon characters and fake crowd noises during a game, you would have told us we were completely crazy.

Fake fans are now the everyday reality of watching sports on TV. As television networks and teams try their best to eliminate the ghastly look of empty stadiums, we’ve seen some bizarre things, like a cardboard cut-out of Hitler somehow getting into a televised game, to Fox Sports generating completely fake computerized fans in baseball games that react in real-time.

Somehow, we’ve arrived at the dystopian future we had only seen in the movies. Let’s hope things get back to normal in 2021.

Curious about sportsbetting? Now is the time to join because, as you'll see below, these online sportsbooks are desperate for your business! A 200% deposit match, for instance, is INSANE!